Anatomy on an USB Flash Drive

A while ago the fragile USB stick of the MC2011 got broken and it was lying around in my office. As I had the doubtful honor of clean room service last week I needed to waste some time while waiting for the dish washer so I decided to disassemble the stick and have a look at the inside.

I started of by removing the plastic casing using a scalpel. Having gained access to the PCB I noticed that the PCB was broken right along the pins of the smaller IC. 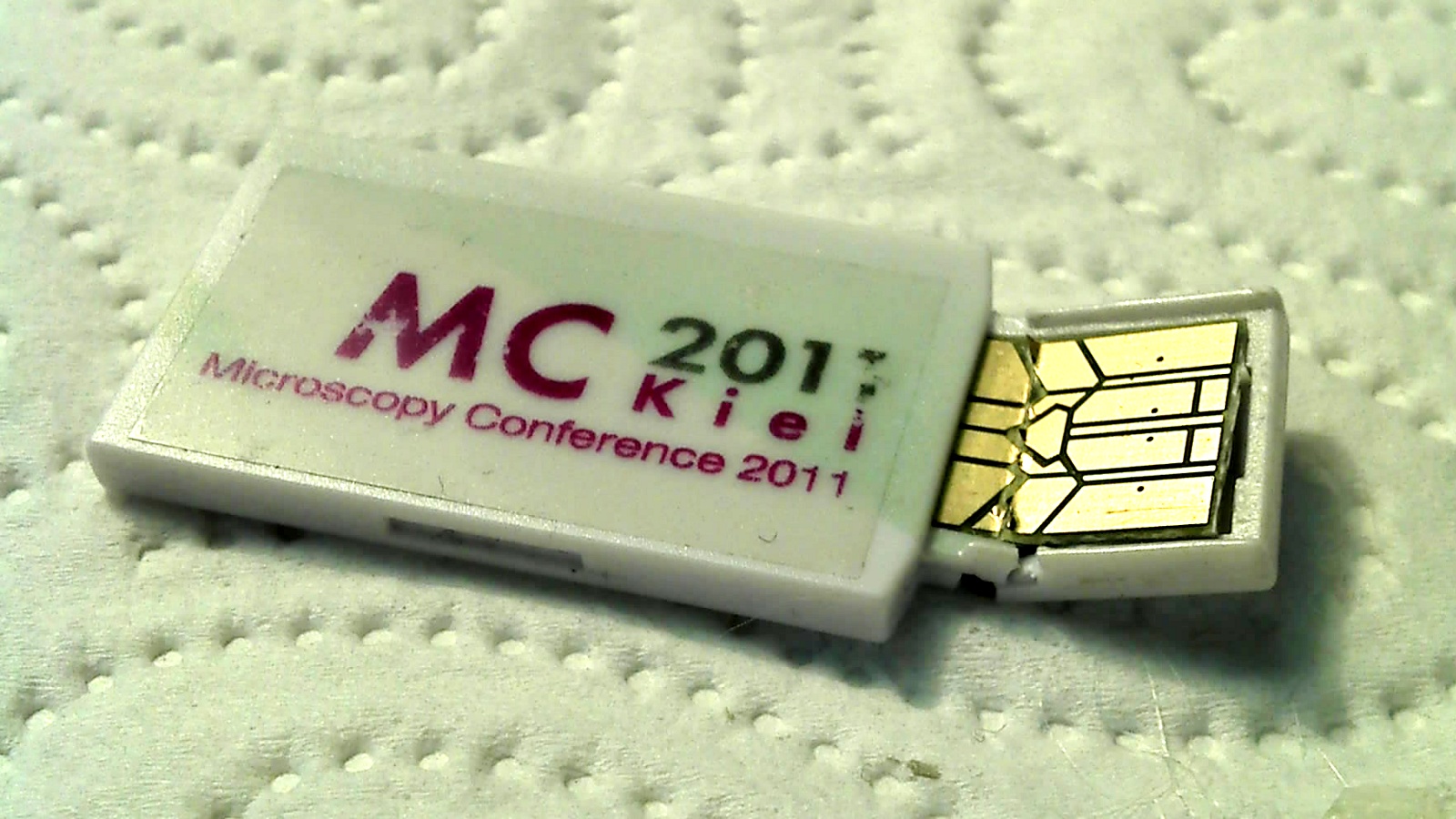 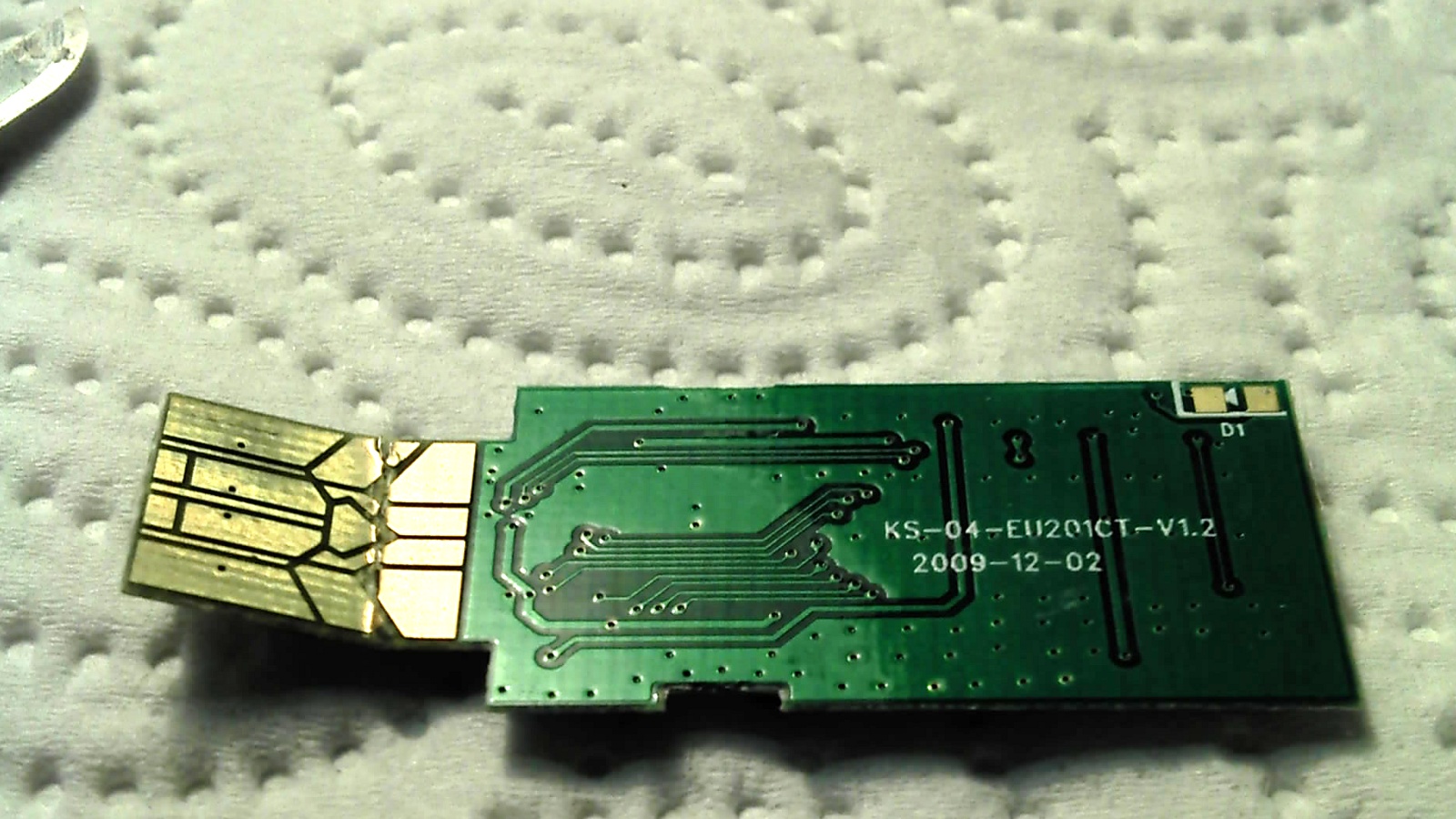 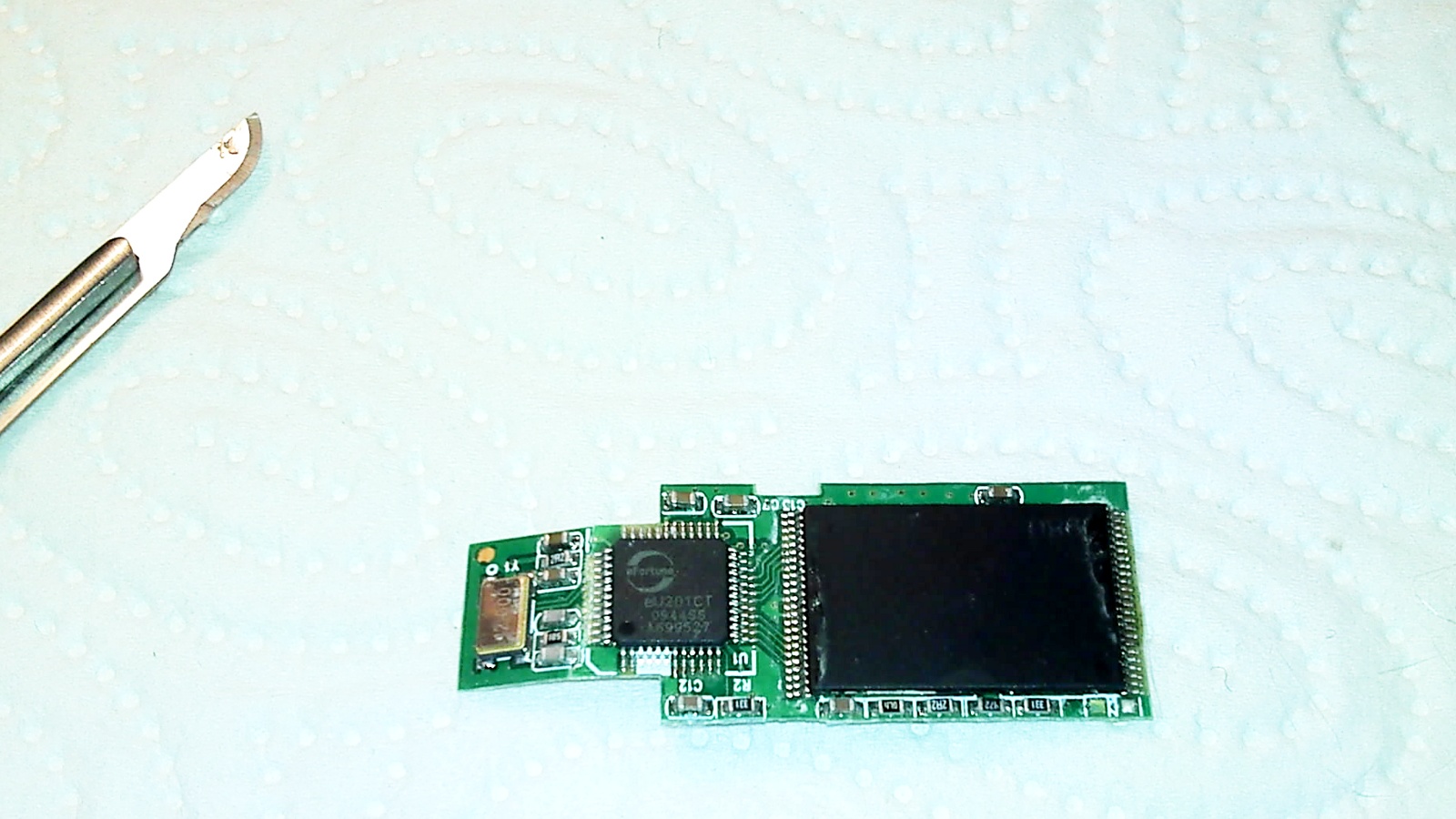 Even if it might have been possible to repair this I decided to destory the stick even further because I thought it might be more fun to have a look on the inside of at least one IC.

I decided to go first for the actual memory chip (the large IC) and removed it from the PCB. In order to get access to the more interesting parts on the inside I broke the chip in two halfs and put them in acetone for a few minutes. Afterwards I broke them open using a scalpel again. 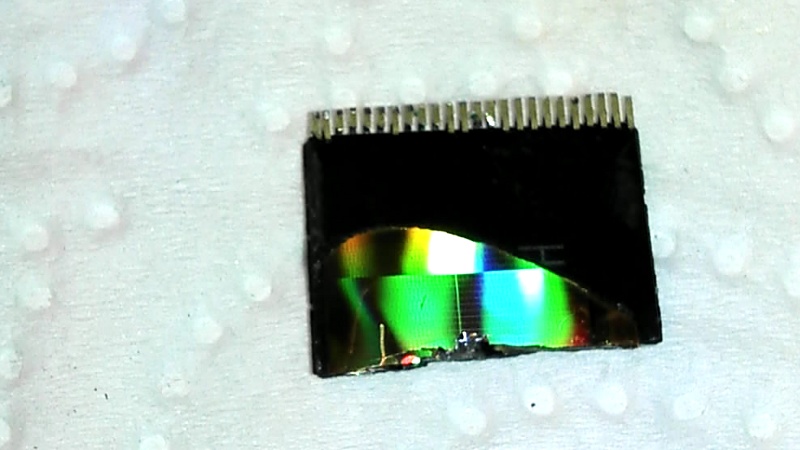 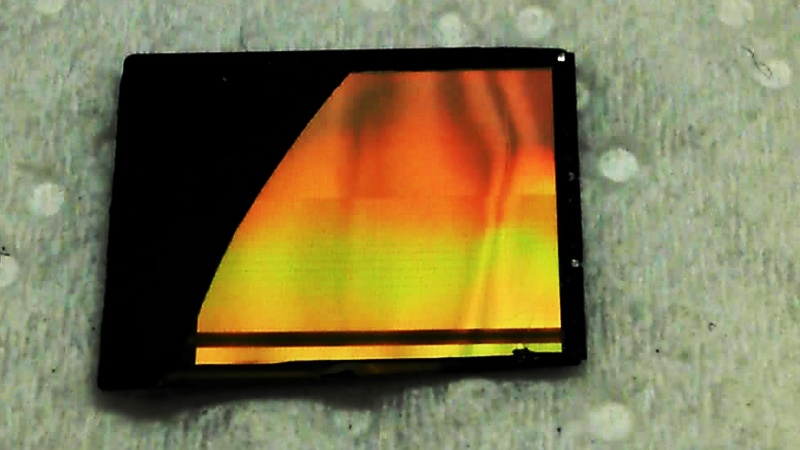 Now I was at the inner sanctum of the chip and went on the make some pictures with a light microscope. 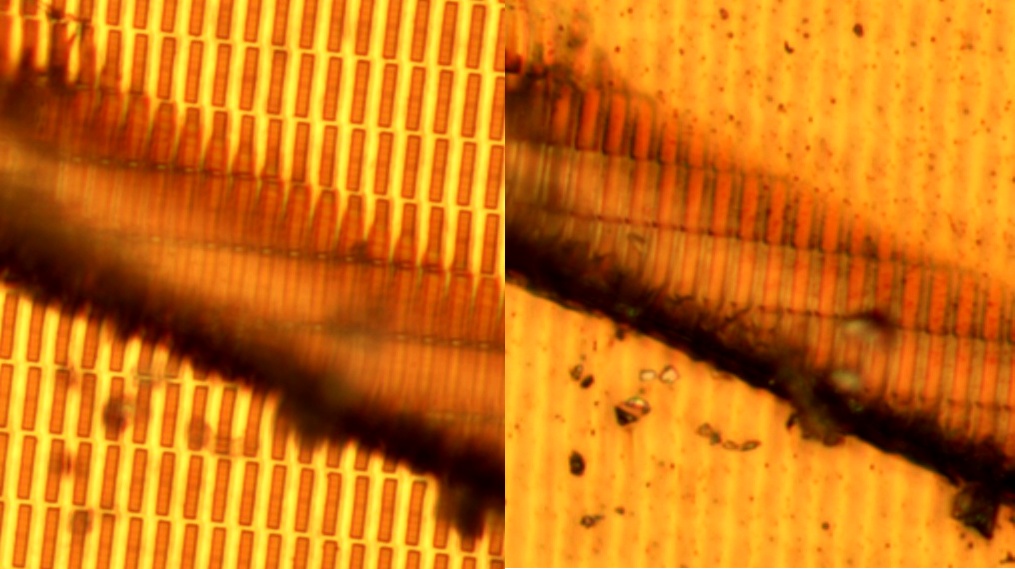 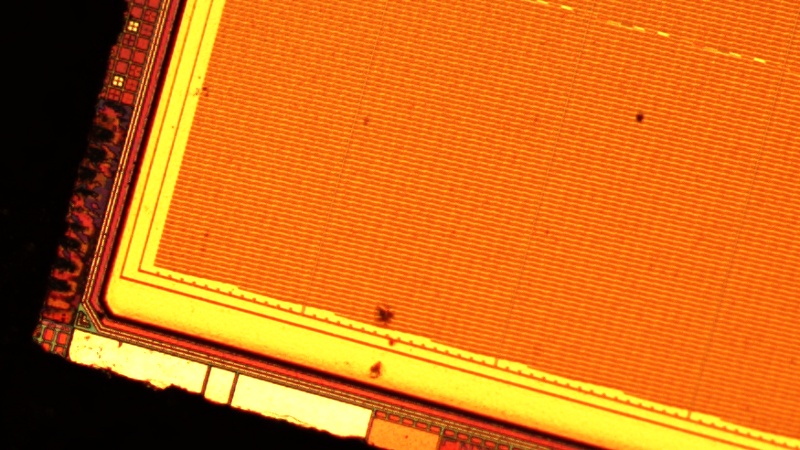 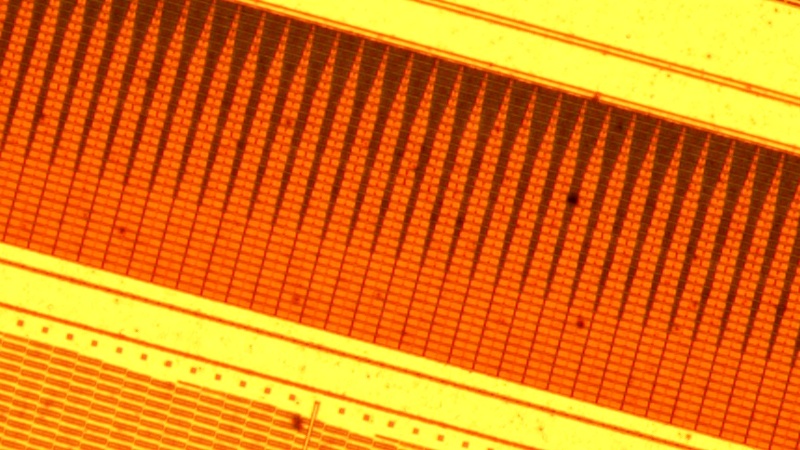 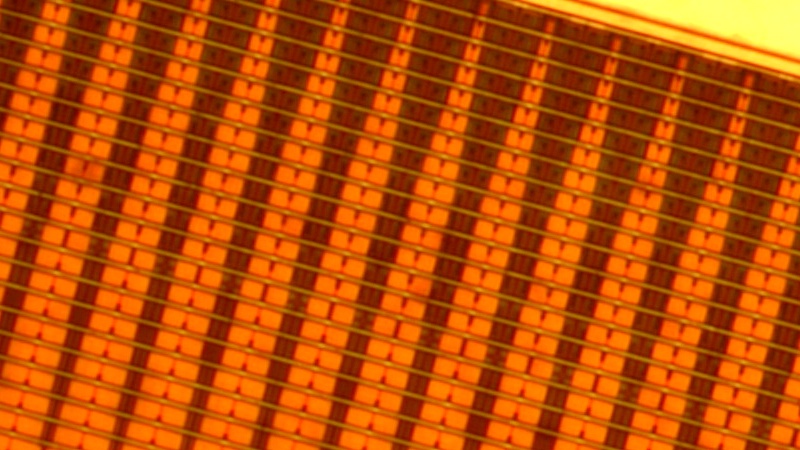 Unfortunately I was not able to make images with an SEM, as the surface of the wafer is covered with some gelatinous substance showing strong charging effects. In the SEM I was not able to see the above structures on the chip, but I hope that the substance covering the wafer will dissolve in acetone in a couple of days. 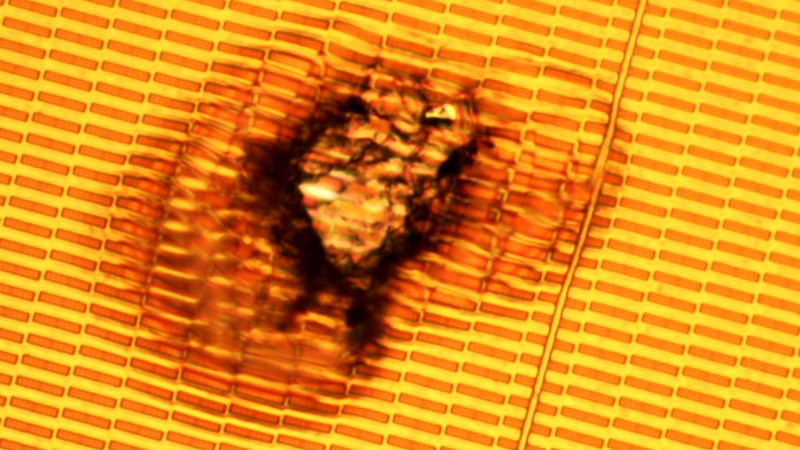 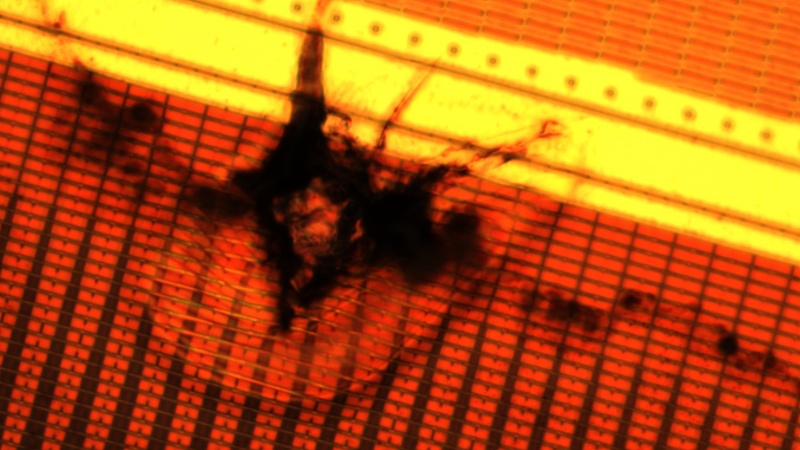